VR gaming is on the rise and rightfully so, especially after the introduction of the Oculus Touch controllers. If you’re wondering how to get some of the best Oculus Touch games on the market today, look no further. Below, we will go over the best games for Oculus Touch, based on user experience, value, and gaming features. This item gets the number 10 spot for a few reasons. It has little experience or user data from which to pull. It can create some entertainment for Oculus users as it encourages explorations of stunning vistas. This Oculus game is best enjoyed with a VR headset, but can also be played without one. However, we found that the graphics leave much to be desired for a game which touts visuals and exploration.

The gameplay can also become somewhat monotonous after a short time, particularly considering the amount of exploration-based VR games on the market already, some of which are already the best Oculus Touch games today. Obduction has great potential and the star power of its popular puzzle and exploration predecessor Myst behind it. The story is deep and captivating, while the stunning visuals are best experienced on the Oculus Touch or Vive. This might be one of the best games for Oculus Touch that will immerse you in a beautiful, alien world and have you use not only your hands but also your head to solve the mysteries and puzzles.

However, while some players may enjoy this challenge, others may find it quickly monotonous and uninteresting. The scenery is excellent but should be coupled with appropriately-designed puzzles. The logic of the puzzles may occasionally become too abstract, and players may find themselves going back and forth aimlessly attempting to solve some of the later puzzles.

All in all, it has an excellent puzzle premise and some beautiful landscapes, but the experience is bogged down by technical issues and a lack of internal cohesion. 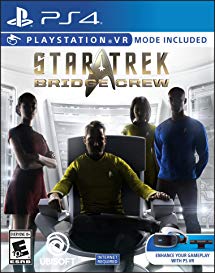 I Expect You to Die is an interesting game with a premise that serves VR well: literally taking your life into your own hands by attempting to escape dangerous situations. This presents a welcome change from the exploration games on the market. Although this VR game does involve some exploration of the environment, you’ll mostly be concerned with survival.

The game won numerous industry awards. It is best experienced with Oculus Touch controllers, but you can also use an Xbox controller or a mouse. Although it is refreshing, there are only a few situations from which to escape in the game, though there are multiple ways to do each one. It’s a great showcase of VR, but it is limited and the game is over quickly, with little replay value. A fairly unique game by VR standards, it’s a deck-building card game that can literally put you front and center of the deck building experience. With a highly customizable deck and tons of characters to help your build, seeing your creatures up close and personal in the VR world can be quite thrilling. Not to mention creating the perfect deck to battle your opponents.

This is a pretty great game for Oculus, but you can also play it on Vive or DK2. We appreciate it because it does have high replay value for those who enjoy card battle games. Archangel ranks here because it is a relatively unique take on the First Person Shooter genre. Instead of the typical FPS, the player takes control of a giant mech in a future war. Although other platforms have crafted mech-centric games before, this game is still very unique for VR.

The story is rather typical. However, the immersion factor of literally being in the seat of a mech and moving as one, coupled with the graphics and intense firefights, make it a worthy addition to the list of best Oculus Touch games. Additionally, it is a competent experience for including you in the VR magic. You can also play it on HTC Vive. Though similar in content to Archangel as both are FPS-style games, Overkill has a bit more in the way of customization and replay value, in our opinion. The weaponry is both realistic and realistically-used, thanks to Oculus https://www.newgenapps.com/blog/how-vr-works-technology-behind-virtual-reality” target=”_blank” rel=”noopener”>VR technology. In addition, there are over 30 levels of intense combat, and the levels themselves can change their behaviors each time, adding to the unique experience.

Gun mechanics are simulated like no other platform has done in the past, with no auto-aiming or targeting reticules to increase the realism factor. A great VR game considering the immersion, graphics, amount of levels and realism, all in one. The game is designed exclusively for Oculus Rift or HTC Vive devices. Realistic gun controls let you feel as though you are handling your weapon as you defend yourself from the zombies, right down to the reloading. This title offers a fully immersive single player campaign that makes it one of the best Oculus Touch games out there, eventually flowing into a full narrative experience.

A few users have reported the game often crashes, however. Others suggest clunky controls and a lack of interaction aside from trying to run and shoot zombies. Some criticize the atmosphere as not creepy enough and the ability to interact with the environment not fully realized. Still, with so few games developed for the Oculus Touch controllers on the market, it is one of the better ones. 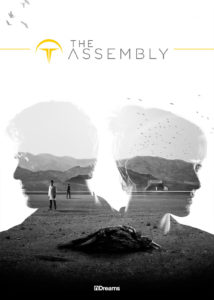 A great mystery game for VR, one of the few on the market for now. While you will solve some puzzles and this is a great “intro” type game for VR, its real standout material is in the story.

A fully immersive and complex mystery for mature audiences, the story combined with the visual immersion makes it a great choice for VR. The gameplay will change based on your moral choices. Additionally, multiple conclusions mean that the game has some fairly high replay value as well.

Playing as different characters will also affect your gameplay experience each time. Given the great story, immersive visuals and good replayability, The Assembly deserves a high spot on our list of best games for Oculus Touch. 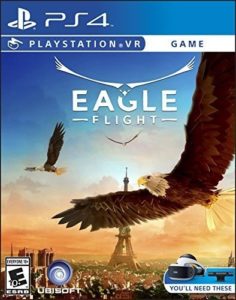 This game allows you to take control of full body avatars and lip-synch to experience exactly what it is like to serve on an Alliance vessel. Users note the rich, to scale detail of the ship itself. Some complaints that it is not “cutting edge” in terms of graphics, but this is offset for most by the immersion and fun gameplay. It is definitely one of the best Oculus Touch games in terms of immersion.

Excellent Co-Op opportunities as you’ll operate as a crew of four, working together on the bridge to complete missions. Play story missions or randomly generated missions, both of which increase in difficulty. 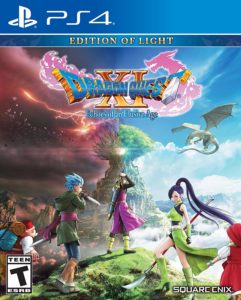 Raw Data is a game that offers many ways to play with interactive VR combat, utilizing the Touch controllers. It has various playable characters with unique abilities, that you can also use in online Co-Op. Definitely one of the most popular VR titles for the Touch system, with many rave reviews praising the immersion, story, and polished gameplay elements of the title.

Fun for anyone interested in VR, and one of the best Oculus Touch games on the market. Perhaps a bit too fast-paced for new players, the game can also be played on HTC Vive or PSVR. The graphics, story, immersion factor and replay value combined with fun, fast-paced action and controls put you in the middle of intense fights. All these elements combine into a game that easily takes the top spot on our best Oculus Touch games list.

There are some great games here and it was tough to choose a “best” one. In the end, Raw Data wins out. A game that has something for everyone coming into Oculus, from action and adventure to mystery and co-op, Raw Data combines all elements to varying degrees. The amount of polish prior to release, customization options, detail, story, and VR immersion, are all very well done here. Raw Data is a prime example of great VR that is more than the sum of its parts and provides a unique entertainment experience. What do you think about our picks? Let us know what your favorite Oculus Touch games are.